As a sales leader, are your efforts really making a difference? A 2011 study from the Aberdeen Group revealed that most salespeople are not meeting company expectations. They found that

With such abysmal performance, one has to ask what sales leaders in these companies are doing? It’s obvious that their intervention doesn’t seem to be making a difference.

Another study, conducted by the Corporate Executive Board (CEB), may have the answer. They asked sales leaders in B2B companies (that were involved in complex sales) about the profile of the salespeople they were recruiting; the majority stated they were looking for people who were adept at building relationships. They then surveyed 6000 salespeople in 90 different companies across all industries to uncover their behaviors and compare their behaviors to their actual performance. They performed regression analysis on the data and found that the behavioral attributes of salespeople fell into five clusters. They labeled these clusters The Relationship Builder, The Hard Worker, The Problem Solver, The Lone Wolf and The Challenger.

The Relationship Builder is the Worst Performer

The surprising finding that the regression analysis revealed was that the Relationship Builder was the worst performer of all! This finding was validated by a survey of the decision-makers. Executive decision-makers disclosed that one of the things salespeople do that the decision-makers value most is their ability to obtain consensus among all stakeholders. This level of consensus building isn’t easy. It requires going out of one’s comfort zone and often it means having some difficult conversations. Relation Builders tend to shy away from difficult conversations. They gravitate to the people in the organization that they get along with and when they are in a conversation that becomes tense, they quickly relieve the tension. The result? Nothing of significance gets accomplished. This is why Relationship Builders perform poorly in complex sales situations.

The sales personality that outperformed all the others by a significant margin was the one they labeled “The Challenger”. The Challenger salesperson didn’t seek the approval of prospects or customers. Instead, The Challenger’s objective was to provoke prospects to question their assumptions and to think about their situation from a fresh perspective. While the tension that arises out of conversations like these might be uncomfortable for both the salesperson and the prospect, decision-makers reported that they valued these conversations highly. While they liked the Relationship Builder, they would buy from The Challenger because The Challenger actually provided value to them for the time they spent.

The Challenger was also better equipped to go through the organization, identify all stakeholders and nudge them to a positive decision. By doing so, they satisfied the desire of the executive decision-maker to have consensus among all stakeholders.

The Behaviors That Matter in a Complex Sale

The CEB identified three key behaviors that differentiated The Challenger from all other salespeople and which were instrumental in their success. Namely, 1) their ability to teach something of value to prospects, which ultimately led back to the unique capabilities of The Challenger’s products and services, 2) their ability to nuance their teaching to the perspective and interests of each stakeholder they met with, and 3) their ability to take control and provide leadership within the account.

Expertise is a Language

Most sales leaders are recruiting Relationship Builders and when they find that they can’t move a deal through the funnel, the sales leader gets far too involved. While they may help win the sale, they are not developing expertise in their people. The result? Most of their people can’t make quota. What sales leaders should be focusing on is developing competencies rather than trying to close transactions. When the appropriate competencies are developed and mastered, the transactions will flow.  All expertise is ultimately a language that can be broken down to fundamental components. No language can be mastered without first mastering its alphabet. Only after the alphabet is mastered, can one even hope to gain fluency with words and ultimately sentences and creating meaning.

1. Focus on the development of an effective sales process and not solely on winning transactions.

2. Focus on coaching salespeople to think about their sales strategy rather than jumping in and giving them the answer (i.e., develop mental muscle in your team).

3. Use every sales pursuit as an opportunity for your salespeople to practise their competence in the fundamental sales behaviours that bring success until they have obtained fluency, and ultimately, mastery. 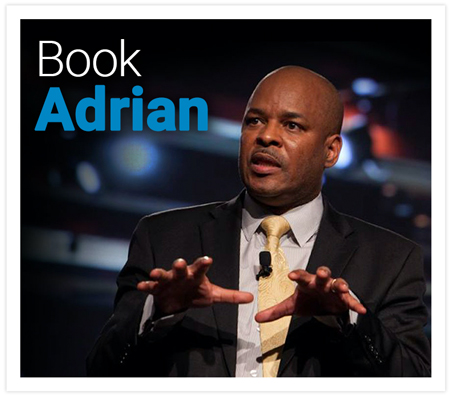